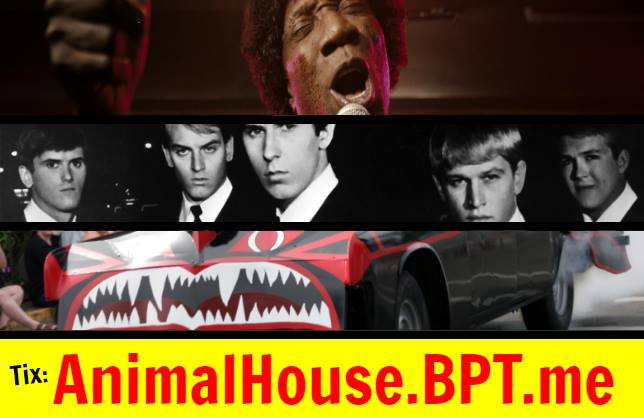 You are invited to join cast, crew and fans of the movie Animal House in a Halloween celebration of historic proportion:

Register for the 5pm Reception for an even more complete experience with performers and VIPs as Oregon Film Museum, Oregon Film Factory and 750/102.9 The Game present the 39th Anniversary of the filming of the infamous concert scenes of the classic Oregon comedy, Animal House – with original cast and crew!

Joining The Kingsmen are retro rockers The Cry, visceral Portland garage-band The Hauer Things and 1960’s retro-punk all-woman power-poppers, The Mean Reds. Bands play in short back-to-back sets to pack 5 bands worth of entertainment in before retro-rock afterparty with DJ-MATTIC and other Very Special Guests to be announced!